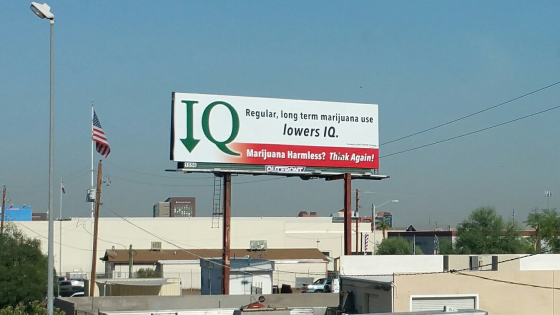 Cannabis is the most widely used illicit drug in the world and research is necessary to inform cannabis policy. This area of research is very contentious. Scientists, policy makers, and members of the public hold very strong opinions about cannabis, about whether it is harmful or harmless and about whether it should be legalized or not. We have no dog in the hunt. But, we have collected data that can be used to shed light on these questions. We were among the first to report that young cannabis users had elevated risk for later psychosis (a risk that may depend on genetic vulnerability). We also showed that cannabis users who began using as teens and continued as adults showed declines on cognitive tests given in childhood and again in midlife, culminating in a loss of 8 IQ points. In our cohort, long-term cannabis users ended up in lower-prestige occupations than their parents. Moreover, persistent cannabis dependence is not associated with fewer harmful economic and social problems than alcohol dependence. Importantly, harm is clearest for long-term daily cannabis smokers; we did not detect harmful effects in recreational users. On the bright side, we reported that long-term cannabis users (unlike tobacco smokers) stay physically healthy and do not develop health problems, with the notable exception of gum disease. Because our cannabis work is unbiased objective science, it has featured prominently in public drug-policy debates. It has also not been uncontroversial. Teachers, students, and readers, more generally, may find it of interest to compare the original research reports and their media coverage.