Terrie E. Moffitt, Ph.D., is the Nannerl O. Keohane University Professor of Psychology at Duke University, and Professor of Social Development at King’s College London. Her expertise is in the areas of longitudinal methods, developmental theory, clinical mental health research, neuropsychology, and genomics in behavioral science. She is uncovering the consequences of a lifetime of mental and behavioral disorder on processes of aging.

She is the Associate Director of the Dunedin Longitudinal Study, which follows a 1972 birth cohort in New Zealand. She also co-founded the Environmental Risk Longitudinal Twin Study (E-Risk), which follows a 1994 birth cohort in the UK. Dr. Moffitt also is a licensed clinical psychologist, with specialization in neuropsychological assessment. She has a published record of collaboration with criminologists, economists, geneticists, epidemiologists, sociologists, demographers, gerontologists, statisticians, neuroscientists, medical scientists, even opthalmologists and dentists.

Dr. Moffitt’s work was recognized in 2018 by election to the National Academy of Medicine. She holds honorary doctorates from the Katholieke Universiteit Leuven, Belgium, and Universitat Basel, Switzerland. For her research, Dr. Moffitt has received both the American Psychological Association's Early Career Contribution Award and Distinguished Career Award. Dr. Moffitt was also awarded a Royal Society-Wolfson Merit Award, the Klaus-Grawe Prize, and was a recipient of the Stockholm Prize in Criminology, NARSAD Ruane Prize, the Klaus J. Jacobs Research Prize, and in 2022 the Grawemeyer Prize. Her service includes serving as chair of the Board on Behavioral, Cognitive, and Sensory Science at NASEM, Chair of the NIA Data Monitoring Committee for the Health and Retirement Study, and Chair of the Jury for the Klaus J. Jacobs Prize in Switzerland. She is a fellow of the British Academy, Academy of Medical Sciences (UK), Academia Europa, Association of Psychological Science, American Society of Criminology and the National Academy of Medicine. 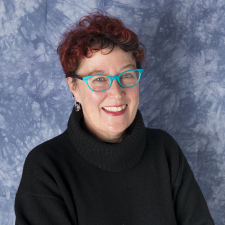